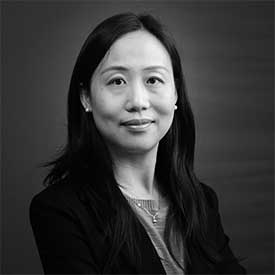 As CEO and co-founder of DataVisor, a successful fraud detection technology company based in the Silicon Valley, Yinglian has grown DataVisor from a company of two to a rapidly growing business with more than 120 employees in the US, China, and Southeast Asia, and customers across the globe.

Before founding DataVisor, Yinglian worked at Microsoft Research for more than seven years on numerous projects focused on advancing the security of online services with big data analytics and machine learning. Her work helped protect millions of users of various Microsoft services, including Outlook.com (formerly Hotmail), Bing.com and Bing Ads.

Having witnessed firsthand the evolution of cyberattacks targeting Microsoft, Yinglian understood that cybercriminals and fraudsters were becoming more sophisticated, utilizing a variety of tools and techniques to get around existing security systems and detection methods.

Concerned that the threats facing Internet services were outpacing cybersecurity innovation, Yinglian left Microsoft in 2013, creating DataVisor with co-founder Fang Yu. It was with DataVisor that Yinglian was able to bring her expertise in security, AI, and big data analysis to the next level to generate impact and help many largest enterprises as well as protecting billions of users accounts across the world Her advancements in the technology field are helping make the Internet a safer place for everyone.

Yinglian completed both her Ph.D. and post-doctoral work in Computer Science at Carnegie Mellon University. While at CMU, Yinglian worked on various research projects involving large-scale network forensic analysis, intrusion detection and more. She has collaborated extensively in academia, and Yinglian’s work has been published in top security, networking, and systems conferences and has served on many of their program committees, as well as serving on the thesis committee of many PhDs.

Yinglian’s career achievements have been widely recognized. She was selected as a Women in Influence (by Silicon Valley Business Journal) and an Artificial Intelligence Innovative Leader Award (in the 9th Fintech and Payment Innovations 2017).