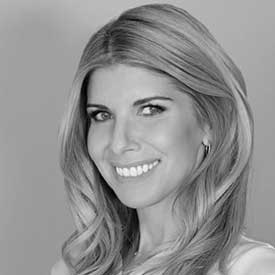 As a dedicated champion of women, Sam has devoted her career to advocating and supporting women in the pursuit of their dreams. Thousands of women from C-level leaders to administrative assistants to moms returning to the workforce have benefitted from Sam’s unique guidance.

Since earning her undergraduate and MBA degrees from Harvard, Sam has become a best-selling author of five books, a writer for Forbes, a renowned speaker and host of a nationally syndicated call-in radio show. Sam’s most recent book is The Pie Life: A Guilt Free Recipe for Success and Satisfaction. She writes a popular weekly work/life newsletter and penned a Washington Post Op-Ed that landed in the top 10 Op-eds in 2017.

Sam makes regular national television appearances on shows including NBC News, The Doctors, Access Hollywood, Good Morning America and the TODAY Show, among others. She has been featured and quoted in The Wall Street Journal, The New York Times, USA Today, Inc, Fast Company and Success Magazine. She was the host of leading Internet talk show Obsessed TV, which she created and produced with entrepreneur Gary Vaynerchuk.

Sam is active in causes relating to women and girls and is Co-Founder of the Los Angeles Women’s Collective, aimed at supporting women to run for office and win. She serves on the advisory board of the Forbes School of Business and Technology. Sam lives in Los Angeles with her husband and three children.