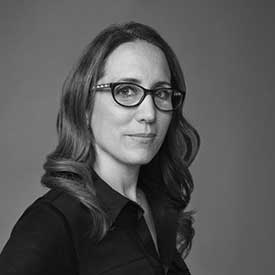 Louise Pentland brings a global understanding of business, leadership, innovation and culture to her role as PayPal’s Chief Business Affairs & Legal Officer. Having spent more than 20 years serving in leadership roles, and the past decade as a C-Suite level executive, at innovative global technology companies, Louise has established herself as a key stakeholder in driving digital transformation and ecommerce. Leveraging this experience and her innate strengths as both a key problem solver and strong contributor, Louise brings deep expertise and passion for transforming companies through change leadership, driving results, creating a culture of collaboration and innovation, and building high performing functions to the PayPal leadership team.

Under her leadership, PayPal has expanded affinity group offerings and employee engagement opportunities aligned with the company’s mission, vision and values, including the legal team’s international pro-bono initiative, which serves the needs of global communities. This initiative is of personal importance to Louise, who was recently recognized for her efforts in this area as the recipient of the 2016 National Legal Aid & Defender Association (NLADA) Exemplar Award.

In addition to her pro bono contributions, including volunteer work with human rights organizations and supporting at-risk children seeking asylum, Louise dedicates her time to offering legal support to women and children victims of domestic violence, and serves as an active supporter of diversity in the workplace. She works enthusiastically to mentor women, both at PayPal and beyond, and is a strong advocate for women in senior leadership and board roles.

Louise was recognized by the California Diversity Council as one of the Top 50 Most Powerful Women in Technology in 2017. In 2016, she was named one of the world’s Top 30 General Counsels by the Financial Times, and one of America’s 50 Outstanding General Counsels by the National Law Journal. Louise was also named General Counsel of the Year of a Public Company over $1 Billion category at the 2016 Bay Area Corporate Counsel Awards, presented by the Silicon Valley Business Journal and the San Francisco Business Times. In 2015, she was named as one of sixty top Women Leaders in Tech Law by The Recorder.

Before joining PayPal, Louise served as Executive Vice President and Chief Legal Officer at Nokia Corporation where she managed a team of 400+ lawyers, IP experts, government relations professionals and support staff working in more than 30 countries. During this time, she led M&A integration and ran an IP P&L in excess of one billion euros annually. Consistently cited for its excellence in IP management, the Nokia legal team she managed was named Europe’s most innovative in-house legal team by the Financial Times in 2011.

Louise has served as a member of Hitachi’s Board of Directors since 2015. She was named to the Board of Directors of the Law Foundation of Silicon Valley in May 2016, an organization with the mission to advance the rights of under-represented individuals and families through legal services, advocacy and educational outreach. Louise also served on the Board of the Nokia Siemens Networks, a joint venture between Nokia and Siemens, from 2012 to 2014, and played a leading role in the sale of Nokia’s handset business to Microsoft.

Louise is licensed to practice law in England, Wales and a licensed attorney admitted to New York and California bars.